Mrs H has been a bit down this week, and it's not what you may think either. Usually, she laments the passing of a dear friend - aka, the last drop from her bottle of Oporto Black Cat Sherry. Not this week as the bottle is still half full, even allowing for "evaporation" MOL.

No, what has saddened both of us in fact, is that she has finished reading the ninth and last book in the Murder Most Unladylike series (in America, the series goes by the name: A Wells and Wong Mystery). For those that haven't heard of this, it's a middle-grade detective series written by Miss Robin Stevens. Murder Most Unladylike, or MMU as it is fondly known as, has been enchanting young and older readers alike since the first adventure mystery was published back in 2014. 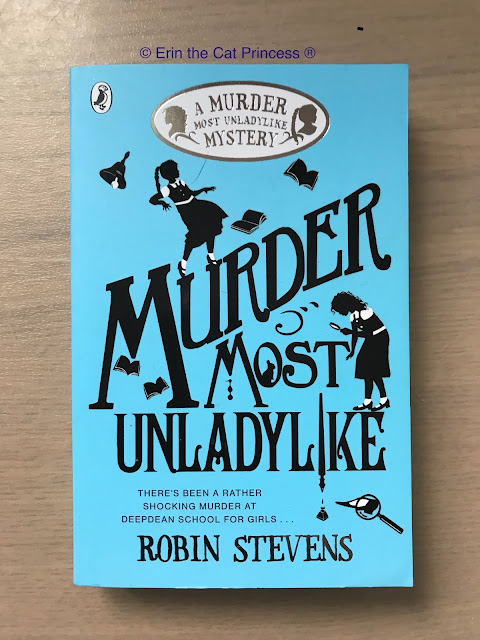 The books follow the adventures of two schoolgirls who are in the same dorm, and who start a detective society. The first is Hazel Wong; a quiet, and considered girl from Hong Kong, who, in October of 1934, has been sent to England to attend The Deepdean School for Girls. The other is the Honourable Daisy Wells, the daughter of Lord Hastings, and the spitting image of the young English lady in the making. With dainty looks, blue eyes and golden hair, Daisy is everything Hazel has read about in her books but somehow doubts she will ever entirely be. Daisy exudes confidence and daring and is equally at home galloping around on her pony as she is getting into the thick of things on the hockey pitch. However, Daisy plays down her true abilities so as not to stand out. This is something Hazel has to do, too. It is also why Daisy is drawn to Hazel, who she states is the only other person nearly as smart as she. Together they form the Wells and Wong Detective Society.

The first book, called Murder Most Unladylike, (titled 'Murder is Bad Manners' in the US) sets the scene and introduces the key characters and settings. It also brings on board other characters that will become firm favourites as we move along through the series and the girls get older.

I should add at this juncture, that the book is written in the first-person voice of Hazel, who becomes the Detective Society secretary and duty-bound by Daisy's command to take notes. Daisy has, of course, chosen herself as president, as she thought of the Detective Society.

Now, as to the first adventure, Hazel quite literally, stumbles upon the body of one of their teachers, Miss Bell, in the school gymnasium, and she's been murdered! But when she returns with Daisy and one of the older girls, the body has gone!

To make matters worse, when a letter arrives at the school purporting to be from the dead mistress, saying she has resigned, it seems that it's all a big mistake on Hazel's part. But Daisy DOES believe Hazel, and the two set off not only to solve a murder but to prove there was actually one in the first place!

But, like the best of adventures, the plot thickens with the demise of another mistress, Miss Tennyson.

One of the features of all the stories in the series, and something rather fun, is Hazel doing a periodic review of the facts, suspects, and clues, along with what the detectives need to do.

Put this all together, and you get a lovely adventure that shows the idiosyncrasies, loves, hates, friendships and 'bun-breaks' that all go to make up the perfect, or not so perfect, life at an English boarding school!

Robin Stevens has truly created a modern masterpiece in each book of the series, that will, I am sure, become firm favourites for decades to come. And if you read carefully, you will also see a nod to Agatha Christie's own great and immortal characters and adventures.

Look out in the coming weeks for a review of each of the books in the series.

If YOU'RE ready for 'bun-breaks', sleuthing and mysteries that will tease, baffle and send you reaching for the sherry or a stiff coffee as the little grey cells are working overtime, then you'll be pleased to know this book (and all the others in the series) is available through Amazon in paperback or e-book format, as well as a mighty fine rendition on Audible!

Now if you would like to visit the official  ROBIN STEVENS website, cut and paste this into your browser: https://robin-stevens.co.uk/

OK, so thats it from the review, I'm off to have my own 'Bun-break'! 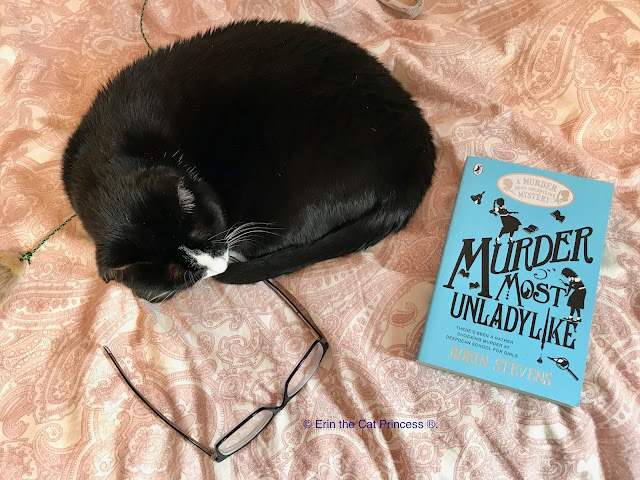 OK, OK, so there are NO buns in this selfie, but a girl can only hope that Mrs H will instigate this finest of English traditions ;)