Hello and welcome to 'A First Class Murder.'

There's actually a rather fetching selfie of me, too. . . .

Thankfully Halloween is now over, and we can sleep a bit easier in our beds at night without explosions going off and frightening the village children and kittens for whom, it is alleged, the fireworks are meant to impress and delight. Frankly, I was not at all either of those things.

Anyways, with such things over, Mrs H's best white Egyptian cotton 800 thread count sheets, (she won't have silk as she says it is highly impractical and not as nice to sleep on or in between) that were borrowed from the washing line by persons, cats or spirits unknown, have been returned to her anonymously. Alas, whilst the dried cream and pumpkin juice stains will wash off, the eye-shaped holes will take some sorting; looks like I'll be doing some darning over the coming weeks, MOL. Next year she has decided to save the laundry till after the ghostly apparitions have done their turns about the village.

OK. So, in between checking the DNA of the cat hairs found stuck to the sheets, we've been thinking of travel, and adventures old and new and across the globe. What brought this on, you may ask? Well, we've been reading the 3rd Murder Most Unladylike mystery adventure called: First Class Murder. And this time I am pleased to say that the title is the same in the USA as in the UK, though the book covers are so very different. 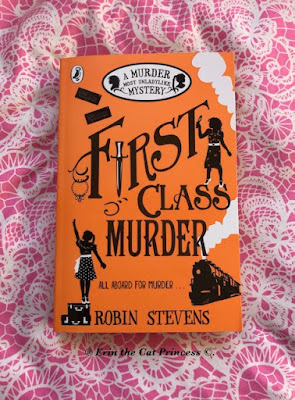 This adventure finds our two friends, Daisy Wells and Hazel Wong taking a trip on the Orient Express along with Hazel's father. What should have been a fun, educational and sightseeing tour of Europe in pre-war days – and definitely crime-free – turns out to be the girls' third adventure when an heiress with a decidedly expensive ruby necklace and a rude and loud husband, is found murdered in her compartment. The ultimate locked-room mystery ensues.

For the greater part, the adventure stays within the train's luxury carriage and focuses on a rather interesting set of guests, most of whom seem to have a motive and the opportunity. They include: the elderly Russian Countess Demidovskoy, who had to sell that very same ruby to escape the Russian Revolution and makes no bones that she'll be having it back; Il Mysterioso – a very skilful magician with a secret he needs to keep at all costs, and Madame Melinda, a medium and the heiresses spirit-guide to her departed mama. Melinda doesn't seem to have a good word to say about anyone, least of all the deceaseds husband, and has talents beyond those she shows.

Join the girls as they duck, dive and curtsey around the passengers, avoid Mr Wong's reproving eye and forbading words, and out-detect a rather inept and conceited Dr Sandwich, who takes on the role of detecting the case but soon goes off the rails!

Oh, if the murder was not enough, there's also a German spy on board, as well a British secret service agent. 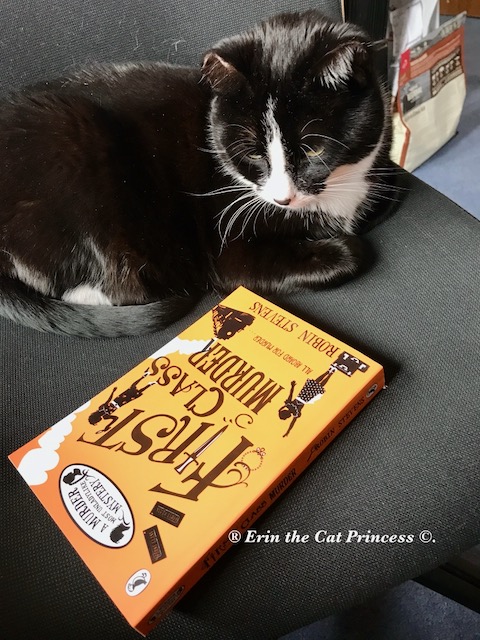 I've always wanted to be able to say 'and who knows where this will end?!', but of course the train is headed to Belgrade, so that is known. What we don't know until the final pages, is whether our two intrepid sleuths have got it right, and more importantly, will they be believed and save a travesty of justice?

What do we think?

This is a marvellous variation on the 'locked room' mystery and a truly great nod to Agatha Christie's Murder on the Orient Express. As an introduction to the genre, I have to say that you could not find a better example. Readers both young (ages 8+) and older will enjoy this adventure, and I think they will find this a thoroughly enjoyable intro to the series if they haven't already read the two before. Definitely a 10/10 read, and middle-grade fiction that will stand the test of time – maybe even as long as Agatha herself!

So it just remains to say: All aboard the Orient Express for another fine murder mystery adventure!

If you would like to know how this fiendishly clever mystery ends, then please do book your ticket right now by forming an orderly queue at your local bookshop. If you just can't wait to climb aboard, then please book online at Amazon or similar stores, where you should find a dining car's worth of mystery and a silver service full of blind alleys and poached fish (red) at the click of the button.

Anyways, enough of book reviews for this week, here's my selfie! 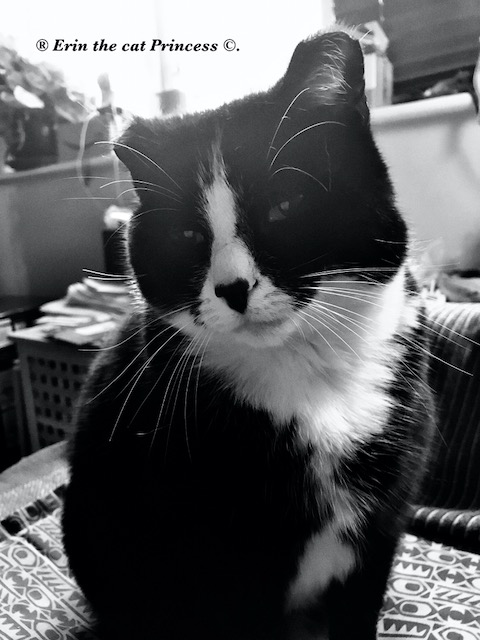 Till next time, when we will be giving you the low down on the fourth book – assuming Mrs H isn't off doing her version of CSI Much-Mousing, we wish you all a safe, happy, and well-read week!