An Adventure Book Review by Erin the Cat Princess© 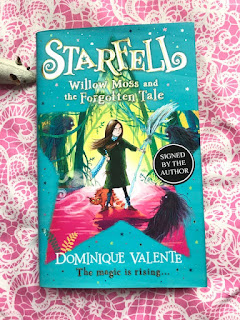 This week we are delighted to bring you the second book featuring Willow Moss and her under the bed monster (NOT a cat) feline-like companion, Oswin.

The books are beautifully and funnily illustrated by the talented Sarah Warburton.

FOLLOWING on from last weeks disclosure of farmer Clarksin's sheep being used to clean the village crockery, I am pleased to announce the Grand Opening of the UMM (Upper Much-Mousing) automated car wash.

Yes, it seems my idea for cleaning Mrs H's brand spanking new Brough Superior motorcycle caught on. Mrs Singh spotted the sheep doing their thing, and in 'nine shakes of a lamb's tail', she had signed the contract for exclusive car cleaning rights. Thankfully, the sheep do not have to spin around. A cunning arrangement of multiple elevated oscillating walkways and some carefully aimed hosepipes has seen the village cars cleaned, dried and sparkling like new. If you stack the sheep right, Mrs Singh says she can even accommodate tractors, too!

On a more serious note, we have an appeal from Police Constable Beatworn. He asks anybody who may have witnessed the theft of two dozen hair dryers from the village's hairdressers to get in contact with him at his usual office. That would be inside the Public Call Box, adjacent to the Pied Sparrow Public House. Incidentally, their sparrow and mash pie is delicious!

OK, so enough with the village's crazy crime spree, let's get on with the review! 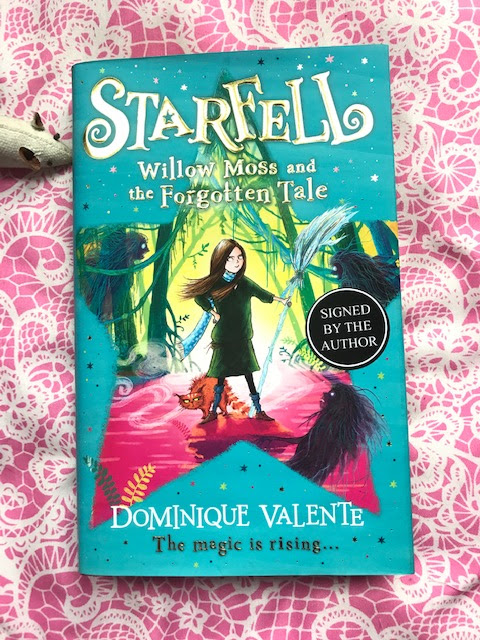 STARFELL. Willow Moss and the Forgotten Tale, by DOMINIQUE VOLENTE

As ever, to review book two in this series, we need to reveal elements of book one. So, if you haven't read book one and do want to, please head off to have a cup of tea and a nice warm scone and jam. Come back in maybe fifteen minutes, when we'll have moved on to discussing mouseholes that I have known.

Willow Moss, age 13, is the youngest daughter and witch in a family of witches. She is less powerful than her sisters and imbued only with the gift of finding lost things: spectacles, shoes, socks, or fish.

Something is wrong in Starfell — Tuesday, the actual day and all that happened, the memories of its existence or otherwise have vanished. Come Wednesday, Starfell's most feared and capable witch, Moreg Vaine, knew something was up. She came to find Willow and together, along with Oswin, the monster that lives under Willow's bed, set off searching for answers.

On route, Moreg is arrested and imprisoned by the Brothers of Wol, priests who hate magic and think those with the gift are possessed by evil. Without Moreg and her undoubted skill, Willow has to quite literally save the day. Along the way, she meets new friends, including a dragon called Feathering, an ogre, and an Oublier– a seer of secrets and things past, called Nolin Sometimes. Of course, there are villains – the Brothers of Wol. One of them, a boy named Silas, is secretly a wizard with a dark heart bent on revenge.

Of course, there is an evil potion maker of a witch, too, determined to do bad things to Willow to protect her dark secret.

Ultimately, in a rather dramatic deadly scene, the magic that stole Tuesday was reversed. With the day found and duly restored and Silas under lock and key, things seemed to be good. But the trouble with it all was, nobody other than Willow and her new close friends remembered it. So as far as everyone else is concerned, Willow achieved nothing extraordinary at all! To make matters worse, the tragedy that befell Willow's family that Tuesday is brought back home. It is a bittersweet ending worthy of tears.

Willow gets a message by leaf mail, delivered by an oak tree, from Nolin Sometimes. He has just foreseen his own kidnapping. Willow is desperate to go and help and tries to explain to her family. The thing is, Willows magic has become quite. . . erratic. Since the death of one of her most trusted and favourite relations, Willow's ability to summon things has sort of flipped to making them disappear also. Worse still, she has no control over what disappears, when, or when they return. Not good when you vanish half your home and some of your relatives! Her family, of course, think she needs help. And don't believe her about meeting an oublier or the dragon, and just put it all down to stress and upset.

Making good her escape, having vanished her family, she heads off with everyone's favourite grumpy Kolbold, Oswin, in search of clues as to Nolin's whereabouts and his captors. It is a journey that will take her to the very underworld of Starfell, Neatherfell, searching for clues and her friend Nolan. Along the way, she will be kidnapped at least once, tried to be cured of her 'dangerous' habit and meet strange folk, some good, others less so. Did I mention the wraiths? No, well, there are some of them up to no good too. Of course, we meet new friends who have a significant part to play in the adventure that will take young Willow Moss to uncharted and dark deep waters and into, essentially, hell itself.

What she makes of it all and whether she survives really does depend on one thing. And it's not a small thing either. It's whether, in the face of great sadness, doubt, mistrust and betrayal by those she loves, she can see what she must do. But more than that, she must find something within herself to believe. That's a big ask for a small witch who has a knack for misplacing family and friends, including dear old Oswin encamped in his bag.

Now, in all this, what of the Forgotten Tale? Now here's the thing. . . . you'll just have to read to find out about that and what it means to all of magic and Starfell! **** cue the dramatic music****

This is most definitely a worthy sequel to Willow Moss and the Lost Day. A cast of characters is nicely assembled, and new allies are met. Oswin is Oswin, and we get a better feel for the kobold's softer side, but please do not say that to him else he might well explode.

Mrs H and I loved how the story keeps a lot back without starving the plot of action. It is really only towards the end that a lot gets revealed. Until then, the adventure runs along with barely a pause for a cup of tea and a plate of Rain Biscuits. It delves nicely into the Starfell world and those that inhabit it, past and present. It also acts as a harbinger for things to come.

Of course, Sarah Warburton has supplied the marvellous artwork throughout the book, on the hardback book's sleeve and on the cover within. It is a rare treat to find additional artwork and one that we always appreciate and enjoy. 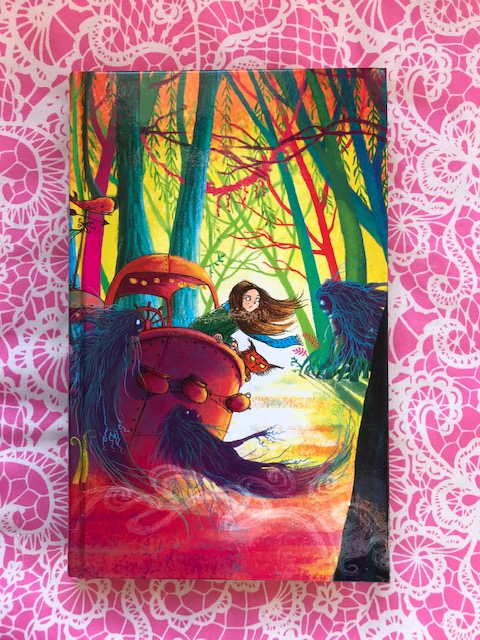 If I was to try and explain more of the ins and outs and unders and overs of the story, I would have to give far too much away. That I definitely don't want to do.

So, if you are thinking of getting this book for your younger readers (age 8+) and maybe reading this yourself before you pass it on, then go for it. If you read book one, then this is a must. It is good, clean, fun, and builds very nicely on what has already happened and opens the door for more and interlocking adventures to come. Whilst I was dictating this, I got a real buzz of expectation for book three. The same sort of good vibe as I had whilst waiting for the next of Murder Most Unladylike series of books by Robin Stevens.

The great news is that book four is due next year, so there is a lot to look forwards to.

Do look out for our review of book three, Starfell, Willow Moss and the Vanished Kingdom, coming soon.

As ever, to add some magic into your life, then do take the nearest cloud dragon, skirting around any underworld witchly kingdoms, to your local independent bookshop.

Thanks for dropping by. I'm off to see if I can get one of those sheep to balance on a pole to clean my upstairs windows!